Scams have become quite common these days, with various iterations backing each other up with frightening regularity.

One such incident that has gone viral on social media is an alleged hotel reservation scam involving a hotel room broker who offered to book hotel rooms on behalf of their clients for a discounted price.

The victims of this scam banded together and, via social media platforms, called on the woman to be the mastermind of the operation.

Thanks to testimonials gathered by a local podcaster, the total amount of money raised through this scam was approximately $ 500,000.

At the time of writing, many of these victims have filed police reports. Here’s what we know about the latest developments.

The scammer would collect the reservation fee without making a reservation

News of the alleged scam went viral on December 15, after various messages attempting to draw attention to the operation spread like wildfire across the internet.

These posts all referred to a particular Instagram user as the lead author. 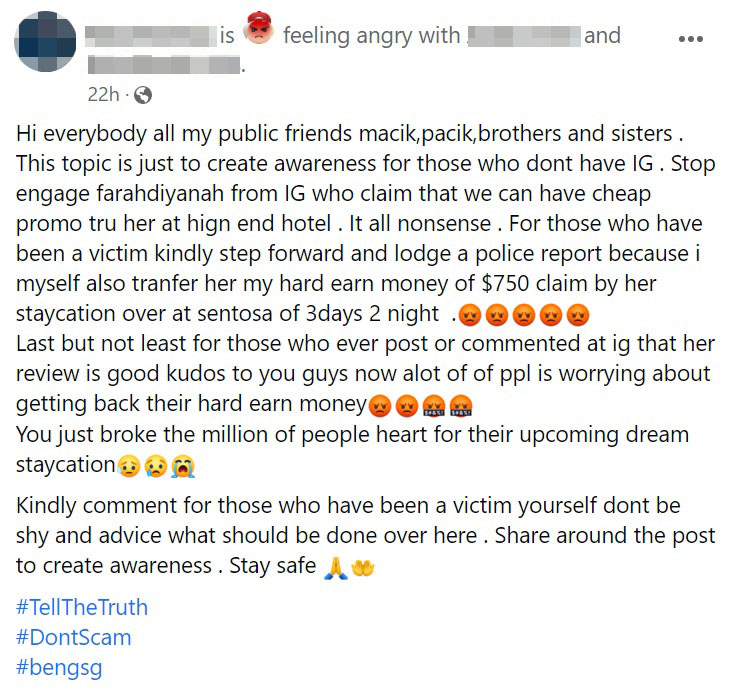 According to one of these Facebook posts, the victims allegedly paid this woman a certain amount for a reduced hotel room.

Although they received a confirmation number, these reservations were not reflected in the hotel reservation system. 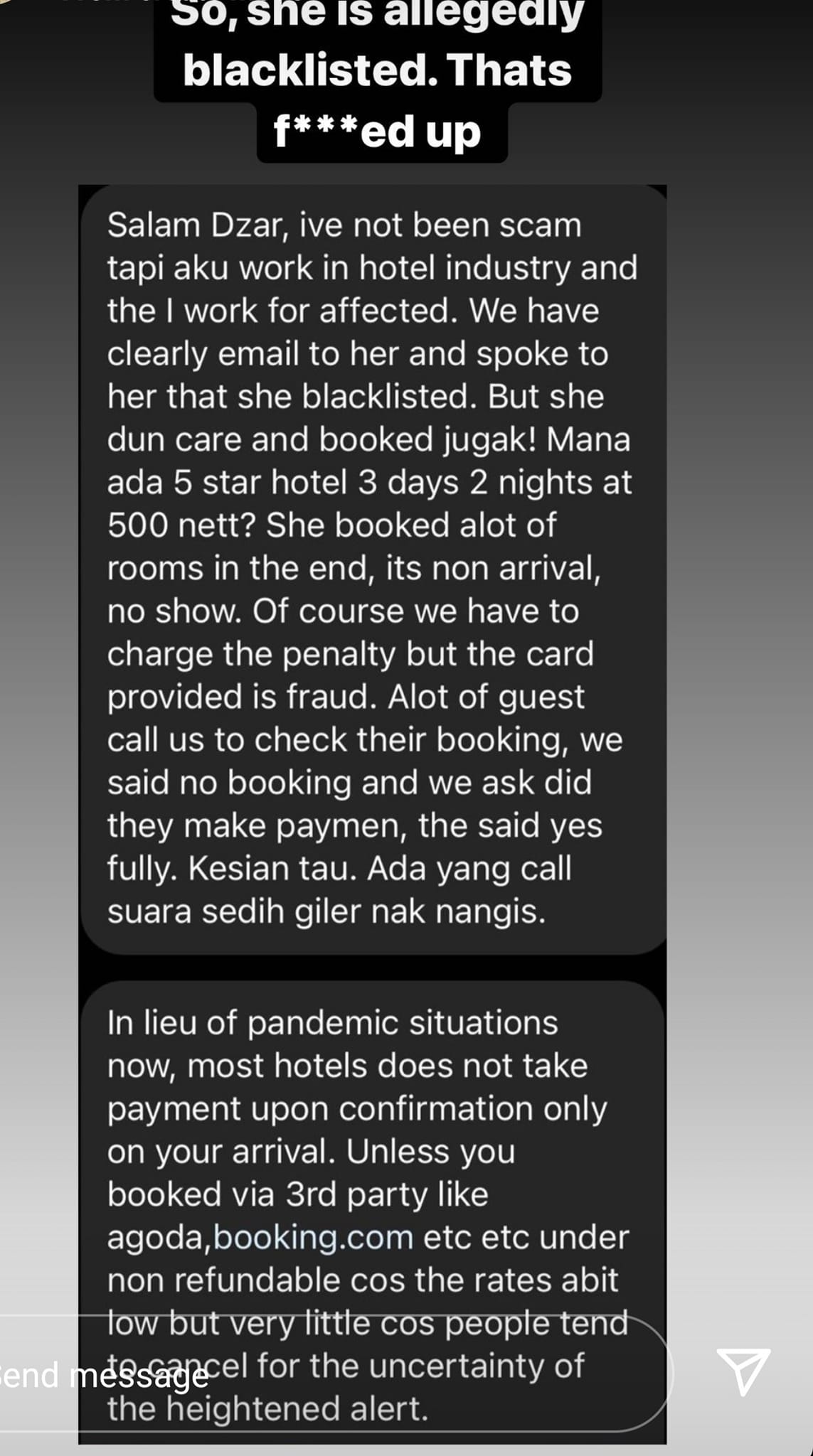 The scammer collected around $ 500,000 in payments

However, there was a time when she could meet her end of the bargain successfully.

Endorsed by many key opinion leaders in Singapore’s Malay community, her business appears to have exploded as a result. A Singaporean podcaster, Dzar ismail, gathered the testimonies of the victims of the scam in order to get to the bottom of the scam.

Mr Dzar Ismail then asked the victims to send him an Instagram message containing the amount of money lost and the packages reserved. 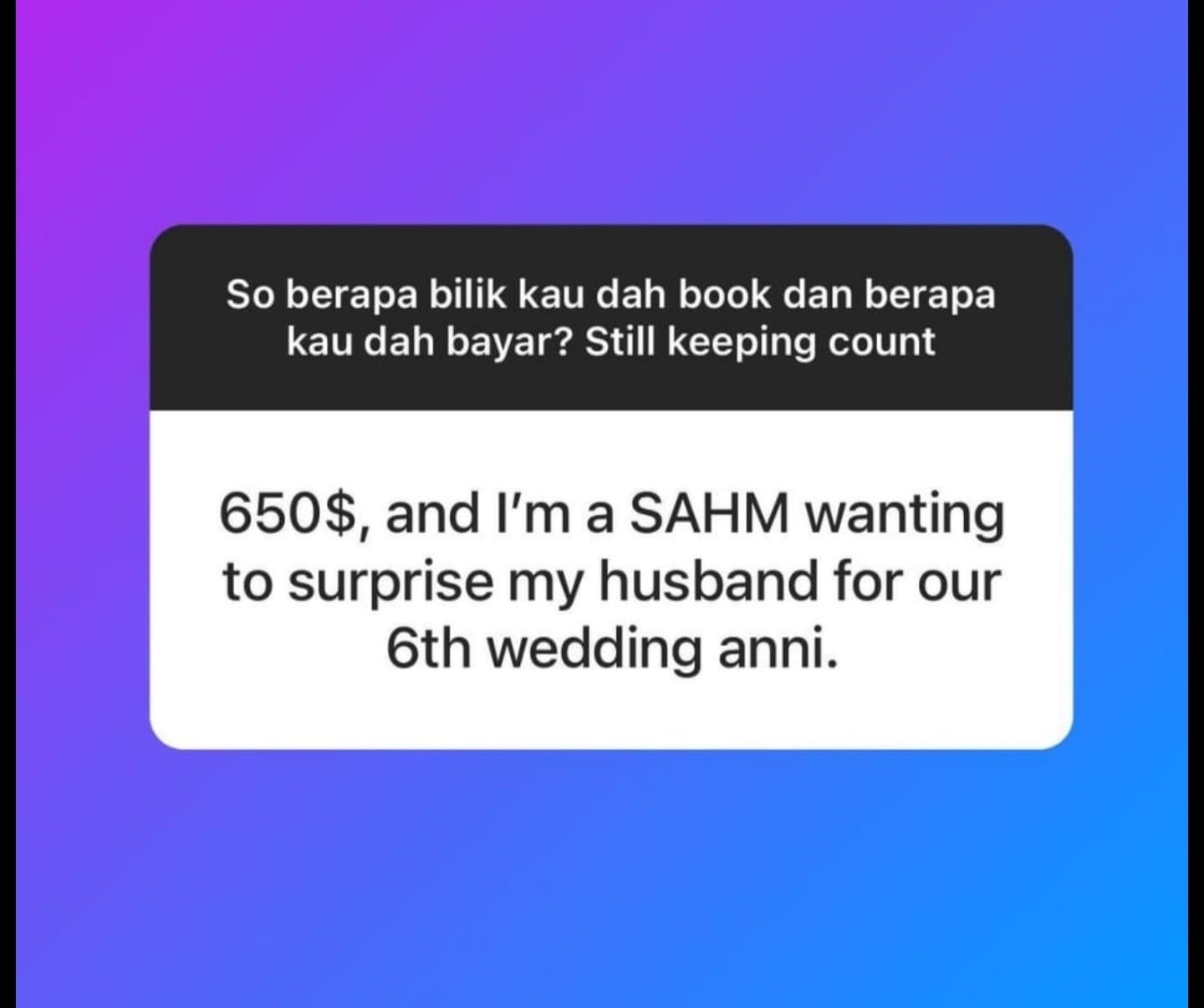 He estimated that the scammer would have collected more than $ 500,000 in the form of hotel reservation payments.

He then implored victims of the scam to file police reports and tell their stories online to raise awareness of the scam.

It’s unclear how the hotel reservation scam came about

Speculation is rife as to how she managed to keep her alleged scam going. As mentioned earlier, there was a time when the operation was successful.

A popular theory was that she had booked hotel rooms with a personal rate.

However, another theory suggested that she used elements of a Ponzi scheme instead. 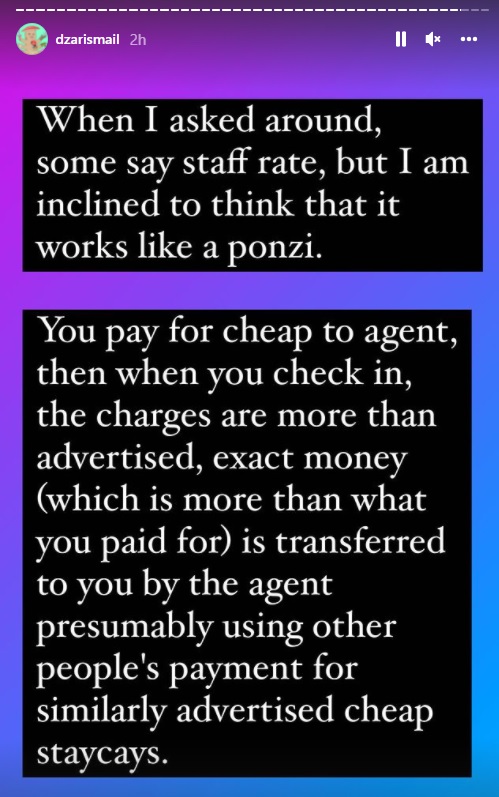 Ultimately, at the moment, it’s unclear how the operations worked behind the scenes.

Hopefully the authorities get to the bottom of the scam

Staycations are a popular form of relaxation for most Singaporeans and even families can enjoy it together.

It must be a terrible feeling for many of these victims. Many of them are parents when they break the news to their children.

Hopefully the authorities can get to the bottom of the scam.